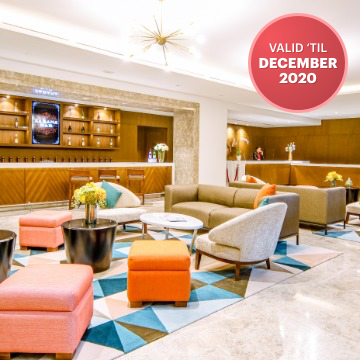 As the capital of the Philippines, Manila has seen some of the most significant historical moments in the country: it was the center of the Manila-Acapulco Gallen Trade, as well as rise of the Philippine Revolution followed by the arrival of the Americans to the country. It was eventually nicknamed ‘the Pearl of the Orient’, also because of its central and important location during in Pacific Sea trade routes.

It’s most popular as the home of Binondo, purportedly the largest Chinatown in the world, with some of the oldest Chinese-owned companies taking headquarters in the area. Because of this, you’ll find some of the tastiest and most authentic Chinese cuisine here too – from lumpia recipes that have been passed down for generations, to traditional bites like hopia and tikoy that are now sold in different flavors in stores on the side streets.

Shopping here is all about bargaining as you’ll find rows and rows of tiangge-style stalls lining the streets hawking a wide variety of items – from beauty products and clothes to electronic accessories – all for a very good (and deductible) price in famous Divisoria.

Tourism booms in this part of the metro, with approximately over 1 million people coming to visit each year. The walled city of Intramuros, Manila Zoo and the National Museum of the Philippines are just some of the hotspots both locals and foreigners love to visit. And we definitely can’t leave out the breathtaking view overlooking Manila Bay.

Steeped in history and a thrill to explore and discover, that’s Manila. Despite the fact that it’s developed over time it’s managed to retain it’s archival beauty – and this is why people keep coming back.