The name Carlos Celdran is no stranger to Philippine society, history, and culture.

Fittingly dubbed “A Performance Artist in Manila”, Carlos lives out his passion for performing in a theatrical tour of Manila's past. Embark on a historical experience like no other when you catch his one-man performance “Livin' La Vida Imelda” and his famous “Walk This Way!” tour of Intramuros.

In this DG Traveler exclusive, he shares his thoughts on the country's history and culture, and the surprisingly simple way to best preserve our heritage.

Describe a day in the life of Carlos Celdran. Carlos: I wake up. I eat breakfast. I walk around Intramuros for my “Walk This Way” tour or perform “Livin’ La Vida Imelda” in Makati. I eat dinner. Pat my dog on the head. Go to bed. Repeat.

Sometimes I’m able to fit in a trip to the grocery store. Sadly, my life isn’t as exciting as it seems. There’s a lot of down time and tediousness in being Carlos Celdran.

How does it feel to be one of the country's living legends? 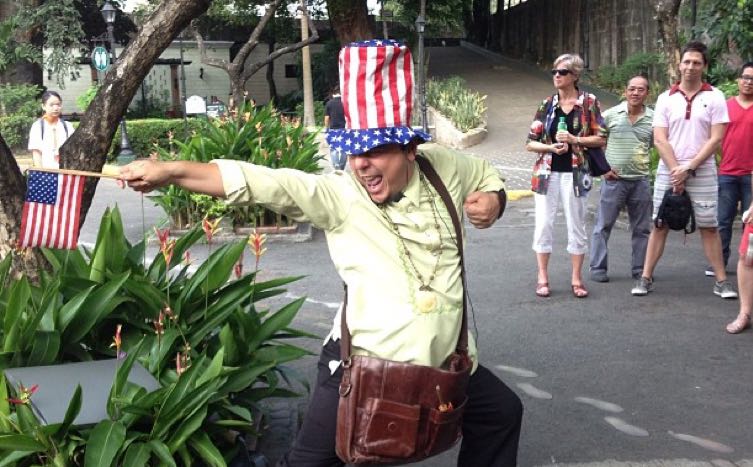 Carlos: My goodness. I have no idea how that feels, truth be told. A “Living Legend”? (laughs) Amazing! I’m not sure I can live up to a title like that. Can I ask for a title with a little bit less pressure? (laughs) Like one of the country's more “interesting” citizens?

What is it about Philippine history and culture that fascinates you the most? Carlos: I am fascinated by the detachment of Filipinos from their own history and historical sites. It seems that we Filipinos are discovering our heritage and our history only now.

Filipinos average about 40% of my tour clients, which shocks many foreign visitors. “Why are so many locals going on a tour of their own city?”, an American once asked. “A real New Yorker wouldn’t be caught dead on a tour of New York.”

Perhaps Manileños currently live in a time where malls and cyberspace have dominated consciousness so much that going to Intramuros is almost like going to another country? Perhaps we Filipinos or Manileños have lost touch with our city so much so that something as mundane as going downtown can become an extreme adventure.

Being a tourist in one’s own city can be fun but it’s also an indication that there’s a deeper problem: the problem of Filipinos not knowing their own heritage.

Tell us the story of how you started "Walk This Way!". Carlos: I started doing walking tours back in 2000 as an outreach program for a non-profit called the Heritage Conservation Society (HCS). Back then, I did half-day walking tours of the heritage districts of Manila for HCS guests to experience the different periods of history and the architecture that defined it. By 2007, my interest in fine arts and performance would be integrated into the tour and the tours would become street theater. After dramaturging my script in 2009, my tours have now reached their current format of as multi-media immersive theater and a multi-sensory and multi-disciplinary experience.

If you could describe Manila in just one word, what would it be and why?

Carlos: Nakakaloka. Crazy—because that's what it is, and that's not a bad thing!

What is one tip you can give to those planning to visit the city?

Carlos: Have an open mind and wear comfortable shoes.

How can locals and tourists alike help in preserving the country's rich culture and history? 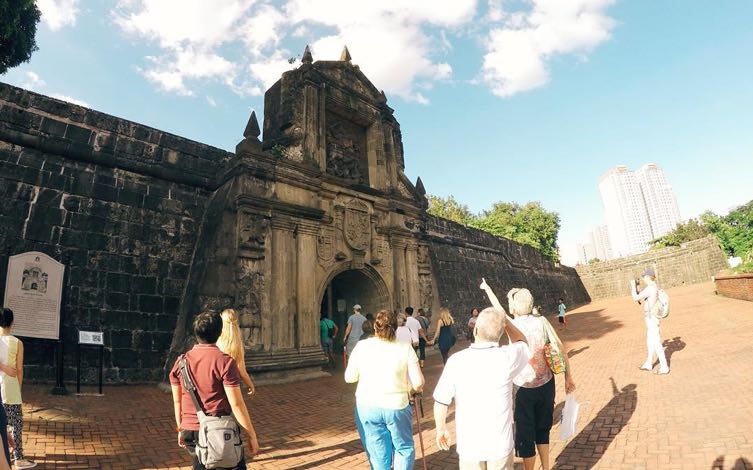 Carlos: The best way to protect our historic areas is to use them. If we don’t go out into our heritage districts and walk around, we will literally lose them.

The simple act of buying dirty ice cream on the street in Quiapo instead of from a store at the mall is effective enough. Give to an economy that exists on the street and not in a corporate boardroom.

Want to experience more of the city? Check out our exclusive Manila offers for steals at the lowest rates guaranteed!