When Dr. Seuss said “You know you’re in love when you can’t fall asleep because reality is finally better than dreams,” we are almost certain that he was referring to the feeling after you've had your first sip of coffee in the morning. A love affair with a cup of joe is not uncommon or unwarranted. To a coffee aficionada, he’s that dependable confidant who sees her at her worst, helps her become her best, and makes everything instantly better. And whether he comes in different shapes, colors, ages, origins, and roasting processes, a lovingly whipped up cup is hard to resist.

This is undoubtedly true for the coffee epicenters in Southeast Asia, whose folks we suppose are living off coffee and have made a living out of it. Between Ipoh white coffee and Vietnamese egg coffee, we can’t deny that caffeine runs deep in the veins of Asians. And to say that coffee culture here is just as strong is a matter of fact.

From the coffee evolution in traditional kissatens and independent coffee houses, to third-wave coffee revolutionists, the café scene is alive and well in this hemisphere. Here are five neighboring coffee cities and sought-after espresso bars where you can experience love at first sip.

Beyond its exotic cave temples, fine colonial structures, and street art murals that clue you in on where the exciting eateries are, the history-laced city of Ipoh in Perak—200 kilometers north of Kuala Lumpur and 99 miles south of Penang Island—is a coffee stop worth your while on your next trip to Malaysia.

Although the quaint, quirky cafés in Old Town have been photographed too many times, the rickety Sin Yoon Loong and its overflowing crowd prove that nothing beats the classic. This eight-decade-old kopitiam has lived to tell the tale of its famous Ipoh white coffee, a hot, sweet, and frothy drink made from margarine-roasted Arabica beans and evaporated milk. You can come here early to get first dibs, but if you’re looking for a cozy resting place mid-way of your heritage walk, you’ll find the relatively new kid on the block, Burps & Giggles, and its iced lattes comforting nonetheless.

Though Thai-style coffee has only started to catch on over the last decade, the country has had a long-standing coffee legacy that began when Chinese immigrants reached its shores. At Chiang Mai, it has become ingrained into the local culture, so much so that many kāfæ here serve single-origin roasts grown within just an hour- or two-drive away from the shops themselves.

In his travel and food show Parts Unknown, the late Anthony Bourdain insisted a visit to Akha Ama Coffee, the brainchild of an Akha woman who wanted to provide a conduit for farmers to promote the beans from the Chiang Rai mountains. If you take the subject of coffee very seriously, you'll surely get a kick out of the 190 coffee growers and world-famous specialty cafés that will be present at the annual Thailand Coffee Fest. More than just a pop-up market, it’s a coming-together of like-minded people who are there to sip, learn, and immerse in the global coffee culture.

Despite fast-paced modernization, most cafes in Tokyo still practice the Japanese coffee culture of traditional kissatens from the 17th century—back when the process from bean to brew was a matter of intense precision. Although Tokyo is more popular nowadays for its candy-colored and themed cafés, a visit to an artisan coffee shop is still on the itineraries of epicureans who wish to witness the art of pour-over brewing—one that yields dark-roasted coffee, often served with just enough cream to capture the perfect shade of caramel.

Pay homage to one of the city's oldest remaining coffee shops: Café de L’Ambre, which was opened in 1948 by the late Sekiguchi Ichiro in his pursuit of making the world's tastiest brew. If a coffee break is not enough (though frankly, it isn’t), you can spend your days jacked up on caffeine at any of the city’s bean belts: well-preserved Kiyosumi Shirakawa, ultramodern Jingumae, and the upscale Aoyama.

From 1887 until the Geneva Accord of 1954, Vietnam was a colonial possession of France and its influence can still be seen today in Da Lat. Dubbed as 'Le Petit Paris', this former French hill station is home to bright flower gardens, wide boulevards, hilltop villas, stained-glass Catholic churches, and butter cookies that go well with a decadent cup of Cà Phê Trứng. The latter, commonly known as egg coffee, is the village's signature drink enhanced with condensed milk and creamy white cheese. But don't let the milk-before-bedtime taste fool you—a single cup can keep you awake and pumped up for hours.

Most tours here include a look around the bizarre architectural wonder Hang Nga Crazy House, a tree-house style hotel and art gallery inspired by Catalan artist Antoni Gaudí. But to see what's behind the coffee craze, head to Le Chalet Dalat Coffee and Bistro nearby. There, you'll find the middle ground between the French colonial and Vietnam war eras, from the aesthetics of the café to their eclectic offerings. If you miss it, climb up the rooftop coffee shop An Café, which pairs its well-known selection of rich, smooth lattes with a panorama of Da Lat’s main street. Or, take a 10-kilometer motor-taxi ride from Da Lat to K’ho Coffee, a family-owned farm that helps Vietnam remain a coffee giant and the world’s second-largest exporter.

Although not as pervasive as Vietnam due to coffee bean shortage, Indonesia is the 7th largest consumer in the world. What the archipelago lacks in supply, it more than makes up for in quality, taste, and interesting variations that are recognizable to an avid coffee drinker. With barista-led specialty cafés unfurling in all the major cities, the burgeoning coffee scene here has become more competitive and creative than ever.

Case in point: the leading third-wave coffee shop in Bali called Seniman Coffee Studio. When it opened its doors in 2010, it was among the first to offer single-origin kopi beans from Bali, Java, Sumatra, Flores, Sulawesi, and Papua prepared in different ways. Patrons recommend ordering Aceh Gayo, a drink meticulously brewed for 8-10 hours using cold water and ice. If you want to trace your coffee's tedious journey from seed to cup, join a guided Luwak coffee plantation tour at Bali Pulina, which culminates with a free coffee and tea tasting that includes ginger, ginseng, vanilla, and Bali coffees. As you drink the cup down to the last drop while gazing at the Tegallalang rice terraces, you’ll realize that Indonesia has many wonderful brews that make sampling the infamous Kopi Luwak unnecessary.

Which of these countries made to your bucket list?

If you're looking to explore other Asian cities on your food and coffee journey, check out our new International Collection. Get discounts on all-in travel packages, luxurious cruises, and airfare-and-accommodation bundles.

For exclusive deals and travel stories, sign up for Deal Grocer.

About Annicca
Always the designated trip planner but never the navigator, Annicca loves crafting travel itineraries with a mix of city, island, and cultural exploration. At age 21, she authored an ethnography on spoken word poetry in the Philippines, the first of its kind in the country. Follow her Instagram @anniccalbn to know her whereabouts. Lists 10 Coolest Neighborhoods in Asia for the Indie Traveler 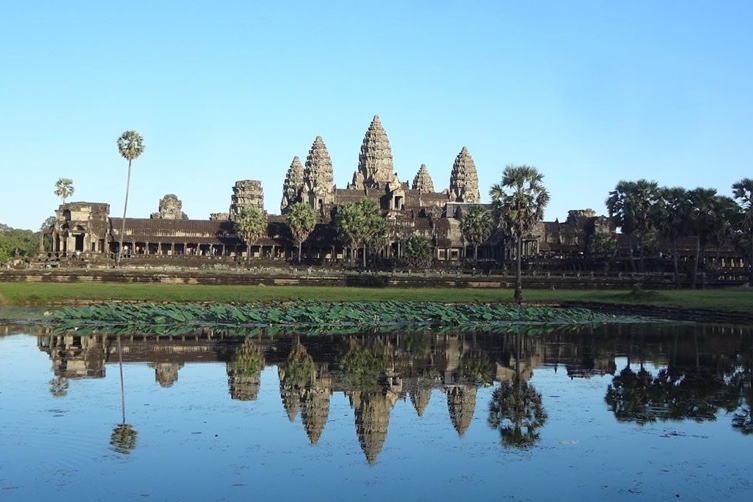 Lists These 10 Asian Neighborhoods are Perfect for Excitement-Seeking Extroverts Explore these Vibrant Asian Destinations with Your All-Girl Travel Crew
Celebrate life with your BFFs one passport stamp at a time.