Nicknamed the “new Malate”, Poblacion is experiencing a resurgence that’s making a mark in today’s zeitgeist.

Several years ago, ask a local where to spend a buzzy night out and you’d be sure to hear no mention of Poblacion. What was once known as a quiet neighborhood with an infamous red-light district has outgrown this reputation, and is now known as the “place to be” with cocktail bars, art galleries, and restaurants peppering its gritty—yet nonetheless charming—streets.

Flocked by different walks of life, late night ‘Pob crawls’ have itineraries that are just as unique as the crowd that attends them. Get lost in the warren of Poblacion’s interconnected side streets and find a curious mix of lowkey locals, bohemian creatives, young corporate workers, and foreign tourists that make you wonder where exactly in the world you are. The identity crisis of Poblacion is perhaps one of the district’s most distinct charms. Despite how misplaced everything feels in the now-trendy locale, from its people to its establishments, all its elements create a whole that feels surprisingly intimate and preordained. And among the throng of commercial establishments is an elusive gem that embodies the bric-a-brac appeal and creative energy that Poblacion is known for: Element Boutique Hotel.

The brainchild of a Filipino-French couple

Situated in modest Guerrero Street perpendicular to Makati Avenue, Element’s location offers the best of both worlds. Right beside the happening Fyre Rooftop Bar, nestled on a street parallel to Dulo’s eclectic café-restobar and creative events space, and only a 5-minute walk from A. Venue Mall and Century City Mall, it’s the perfect set-up for someone who wants to unwind, explore, or do a bit of both.

One of the forerunners of Poblacion’s recent emergence, the boutique hotel was opened roughly two years ago before the settlement came to be what it is today. Founded and designed by Mae Carl (who goes by the name MC) Perdon and Armand Lafare (who is also the chef), a Franco Filipino couple who both have had years of experience in hospitality and as restaurateurs, the hotel pays tribute to their love for the country, travel, and good food.

The name ‘Element’ commemorates the four elements of the natural world that are dependent on each other: air, water, earth, and fire—which are also names of their signature cocktails. The name celebrates the coalescence of MC’s and Armand’s experiences and cultural backgrounds as well, which sprung forth the unique, dynamic, and modern hotel that Element is.

A ‘home away from home’ designed with global touches

Once you spot a 5-floor structure with a picturesque black facade, iron balcony coverings, and several potted plants almost reminiscent of a Parisian apartment’s exterior, you’ve hit the jackpot. Enter Element’s glass doors and expect to be taken care of by a humble and warm staff that makes you feel like part of the family. “The team itself makes the place,” MC proudly shares as she fondly talks about their small, hardworking team. “It’s what Element is about.”

MC, along with Armand, can usually be found in the hotel being hands-on with operations. A Bicolana herself, MC is no stranger to Filipino hospitality. While dining in the hotel’s in-house restaurant right beside the lobby, you can observe MC casually chatting with guests like they are good old friends. Add to that the relaxing French music in the background, the restaurant’s homey wooden chairs and tables, and the quaint indoor plants, and you’ll instantly feel ensconced in an intimate sanctuary.

From menu creation, ingredient sourcing, to designing the interiors, the personal touches of Element’s team translates to the hotel’s homely aura. What’s notable is its unique contemporary industrial design, a concoction of two French interior designers the founders collaborated with. While some pieces are sourced from the founders’ travels, like their metal-cast Moroccan ashtrays that are great conversation starters, Element prides itself on showcasing mostly local furniture and fixtures created by local carpenters and artisans.

Each of its 14 rooms is bespoke and decked with a king-size bed. Its rooms facing Guerrero street all have balconies, while its counterparts at the back enjoy more secluded views.

All kinds of travelers will feel at home with the rooms’ airy, spacious, and tastefully eclectic interiors. The raw exposure of industrial design—think well-lit spaces granted by huge windows, photogenic white walls, and gray surfaces—is accented by modern and contemporary touches, giving it a homey yet modern look. What sets the rooms apart from each other are its artworks; art aficionados will be pleased to know that some rooms showcase works that are on sale, while other rooms have striking murals by Spanish artist César Caballero.

Honeymooners are recommended to book a stay in their commodious Penthouse Spa Suite decked with an extensive bathroom and a roomy bathtub—you can even request for an in-room massage to indulge in a romantic ritual. For staycationers and functional travelers, the charming Deluxe Room with its unique asymmetrical design and minimalist aesthetic will provide you all the comfort and creativity you’ll need. Thinking of going on a Poblacion food trip? With Element’s excellent and highly reviewed French, Mediterranean, and Asian cuisine, you won’t need to go anywhere else. Spearheaded by Chef Armand, a 21-year old Filipina chef, and a French baker (who makes bread so good, it’s also supplied to other establishments), the kitchen is open from 7 AM to 12 MN and serves meals made from scratch using the most natural and fine ingredients. Munch on the bistro-boulangerie’s variety of pastries, salads, mains, and desserts among other fare, and don’t miss out on the local artisanal lambanog from their drink menu which also offers an extensive wine, beer, and cocktail selection.

“It’s always a different vibe,” MC ponders, sipping on her glass of white wine by the bar as we chat over their lip-smacking bread, Moroccan sausage with tomatoes and piperade, crispy French thin tarts, and Provençal aoli prepared using the chef’s grandmother’s recipe. “Breakfast, lunch, and dinner are different. We can capture the different moods—not a lot of restaurants can do that.” 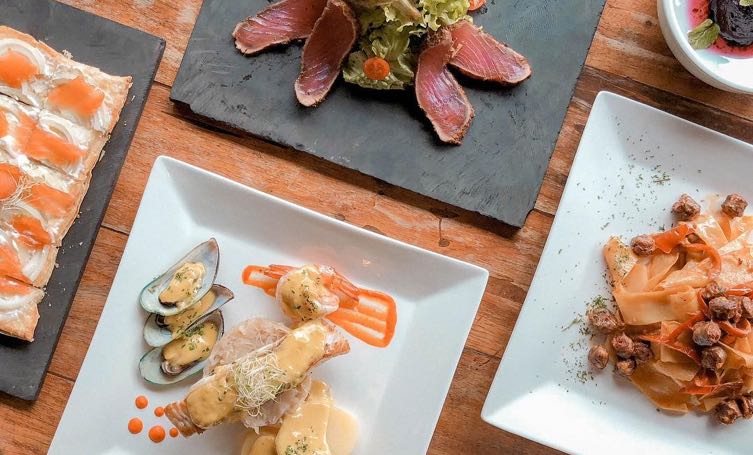 It’s 3PM on a Friday afternoon and the restaurant is interspersed with a fair number of customers—not enough to call it a crowd, or at least not yet. Do a once-over and find artists chatting over drinks, city dwellers getting work done (there are a few sockets mounted on the restaurant’s nooks), and foreign tourists leisurely enjoying the ambiance by the bar. Lively in the evening, lowkey in the morning, and a mix of both in between, the space is also home to random salsa nights, art exhibitions, and other creative and celebratory events and gatherings.

A space for art lovers and inspiration-seekers

“We have a lot of regulars—a good mix of both locals and tourists,” MC shares when asked about the common profiles of their guests. Particularly, Europeans and creatives of all kinds are drawn to the boutique hotel’s lowkey and eclectic atmosphere, as well as startup employees, weekend warriors, and everything in between.

On top of being known for housing creatives of all kinds, the artistic boutique hotel is also open to featuring local and international artists in their gallery, with Filipino photographer Paul Res and Spanish artist César Caballero among their impressive roster. Holding fascinating events like full moon readings, accordion nights, and the like, Element truly possesses flavor and character you wouldn’t find anywhere else.

Weekdays feel like holidays at Element, where enjoying good food, ambiance, and company are all that matters. Creative oases as such fuel the energy of Poblacion, keeping it alive and kicking with its unparalleled vibrance. Boasting an eclectic atmosphere, charming décor, hospitable service, diverse guests, and creative verve, Element Boutique Hotel is indeed the secret in-city oasis to get your slice of joie de vivre.

Discover more of what Poblacion has to offer with these brunch spots and insider tips.

For exclusive deals and lifestyle stories, sign up for Deal Grocer!

About Danna
Danna is a Manila-based writer who works as a Senior Staff Writer for Deal Grocer. Specializing in content marketing and feature writing, she primarly writes about travel and lifestyle and is heavily interested in sustainability. Read more of her works on dannapena.contently.com. 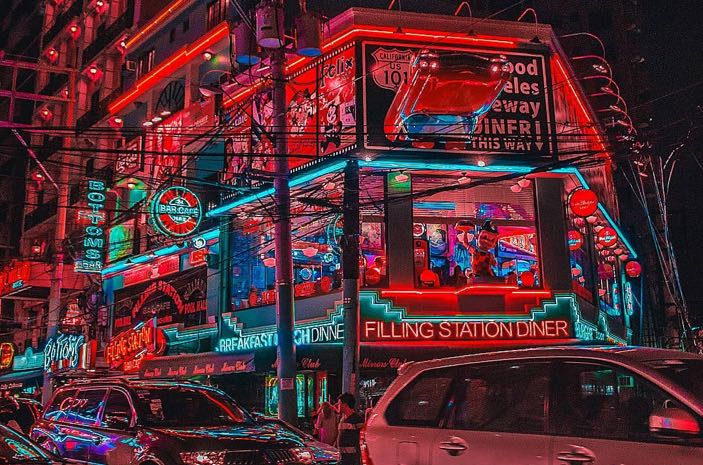