Mount Pulag: How a First-Timer Survived the Climb

Mount Pulag, Luzon’s highest peak and the country’s third, holds many stories, both told and untold, by those who dare to seek greater heights. Indigenous communities like the Igorots regard the mountain as sacred, with rich folktales of ancestral spirits inhabiting the trees. Legend has it that if hikers dare to disturb them with boisterous sound, the gods send down pouring rain. In all its lore and glory, the peak of the Cordillera mountain province is a land of paradise.

This was something I realized as my heart pounded heavily and beads of sweat dripped from my forehead. I slowly gazed up from the rocky trail to stand in awe at one of the most majestic views I had ever laid my eyes on. There was nothing but stillness and a sea of dwarf bamboo slopes beyond the horizon. Rays of sunrise gently shed light on the grasslands. In that moment, I knew that I wasn’t just there for the friends, for the pictures, or the thrill. I was there to witness the mysteries of Mother Nature. In a daily struggle to make it big in the world, it was an eye-opening experience to feel so small and powerless in this vast expanse of landscape. 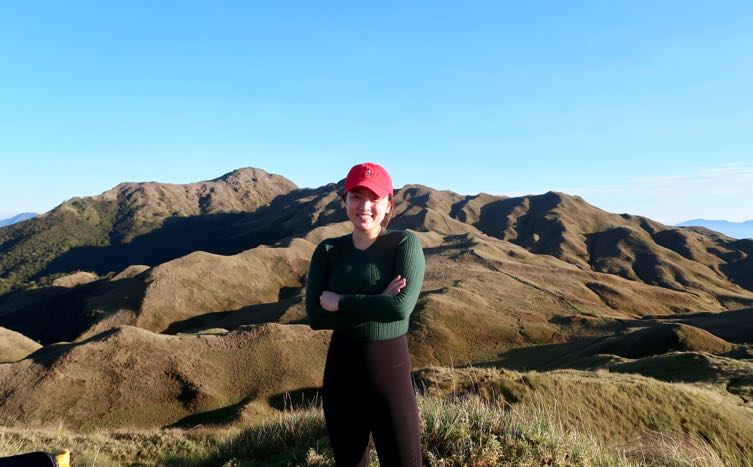 My journey started when I got fed up with the hustle and bustle of the city. As a typical millennial bitten by the travel bug, I wanted to traverse far away and see something new, to be surprised by the world again. To be honest, I was also looking to add some color to my Instagram feed. So I got in contact with a tour guide, messaged my lakwatsera friends and eventually, all my kaladkarin buddies brought along their own pals as well. Soon enough, we grew into a large group of over 20, all game for a late May hike. We were ready for the greatest weekend of our lives.

After an excruciatingly long and bumpy road trip, we arrived at our homestays in Babadak Ranger Station, Bokod, Benguet. The sinigang prepared for us was nutritious and heart-warming, alongside generous servings of rice, hotdogs, and pork liempo. There was limited signal, no heated water, power interruptions, and no air-conditioning. Staying there overnight was a refreshing kind of uncomfortable, making me more aware of the things I would often take for granted. My friends and I slept like lifeless rocks that night. At 2 o’ clock in the morning, we were fired up and ready to go. With trail mix, cooked instant noodles, and energy gels all packed in our bags, we ventured to the Ambangeg trail for beginners. Three or four layers of thick clothing clung to our bodies as we took our first steps ascending up the gradual slope from the Ranger Station. Pulag is the coldest place in the country as the weather could drop to sub-freezing temperatures especially during the amihan season, hence the layering of clothes.

The Ranger Station to the summit is around eight kilometers, and the assault would take around three hours. Eventually, we arrived at Camp 1 in the middle of the pine forest. Veiled with fog, and full of ferns, lichens, and moss, the pines grow on barren and rocky slopes so we all had to be careful not to trip on muddy paths. A calming waterfall marks the area as well. Everything was still dim at that point as we were chasing the sunrise at the Tower Site. After three hours, we finally ascended to Camp 2. The Ibaloi people of Benguet used to mummify their dead and house them in caverns in the mountain—I had to give props to them for surviving the epic cardio workout! One thing that makes the mountain so special is that it is one of the most biodiverse locations in the country. The national park is the only place that hosts four Cloud Rat species, including the rare Dwarf Cloud Rat, among other remarkable flora and fauna. Soon enough, we reached the Tower Site by the grasslands. Unfortunately, because we went in May, there was no Sea of Clouds (though technically, there is no best time to spot the Sea of Clouds because the weather in the mountains is unpredictable all year round). I decided not to proceed to the summit due to time constraints—it would be extremely hot by the time I would have to descend.

I couldn’t have survived without these: Merrell waterproof trail running shoes, a metal hiking stick that I rented from the Ranger Station for Php50, and a sturdy headlamp to light the way. The level of difficulty of this trail is three out of nine, supposedly a fairly easy hike, but "beginner-friendly" is always a relative term. 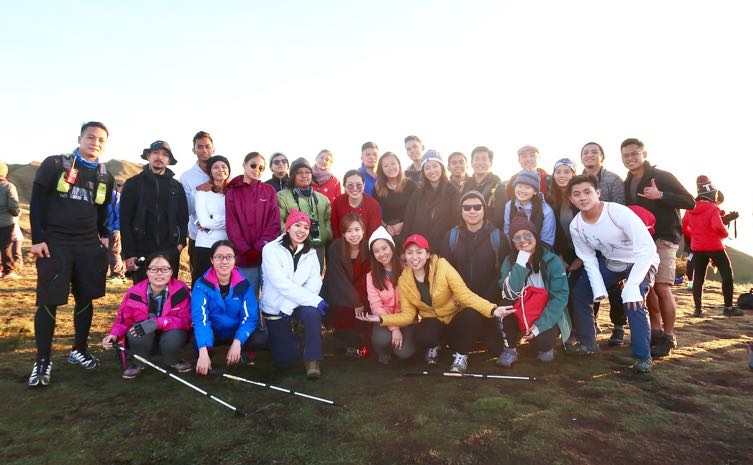 So I left Pulag getting what I wanted, pretty photos and memorable moments with my friends, but I took home something far more valuable: peace. Despite not being able to assault to the summit or bask in the Sea of Clouds or a star-filled sky, I found the contentment and happiness I needed to power through the everyday. It’s always good to be reminded of our humanity in the vast universe, and that it is such a blessing to merely be alive and revel in the beauty of creation.

With surprises hidden in the ever-changing landscape of the Cordilleras, I intend to take on more mountains—maybe Mount Ulap next. Whether or not I conquer it completely, I know the climb will always be worth it.

Taking a side-tour to Baguio after hiking? Check out this Travel Guide for things to do! Enjoy discounts on Baguio stays here.

About Tricia
She is an audacious daily dose of sparkle and energy. Proudly a Greenhills Girl, it’s easy to invite her for a heart to heart session in Serenitea or Omakase. As a Creative Writing teacher and Hot Yoga addict, she is a firm believer in pursuing passions and new challenges. Her dream is to see the Northern Lights in Iceland, find out when she finally does on Instagram @elaosadilim.