Mount Pinatubo: What You Need to Know Before Making the Trek It inspires heat and eruption, which is why when a local food kiosk chain named their hottest, spiciest snack after this legendary volcano in the Zambales mountains, well, it made perfect sense. This all dates back to the 1991 eruption of Mount Pinatubo—which sits on the boundary of three provinces in Luzon: Zambales, Tarlac, and Pampanga—an event made infamous for devastating not just the entirety of the Philippines, but also for causing change felt on a global scale, particularly on the Earth’s atmosphere and temperature. 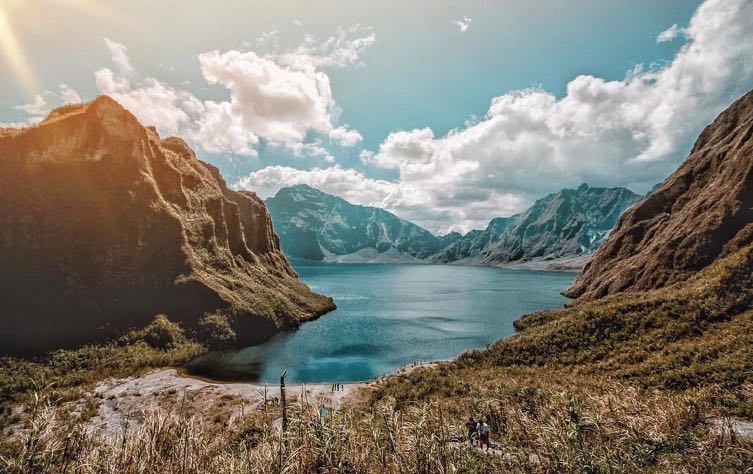 But nearly three decades later, a different light is being cast on Mount Pinatubo, as it serves as nature’s reminder that beauty can also spring from ruin. This is most evident in the enigmatic Lake Pinatubo, a crater lake born only after the eruption, which likes to greet its visitors in a wide range of color—anywhere from a sparkling teal to a moody midnight blue.

Another word we wouldn’t have expected to rise out of Pinatubo? Ease. For first-time hikers, Mount Pinatubo has become a choice destination for its accessibility and relative ease, at least on a good day. If you’re trekking Mount Pinatubo for the first time or thinking of making it your first-ever hike, here’s what you need to know.

What to Expect in Mt. Pinatubo 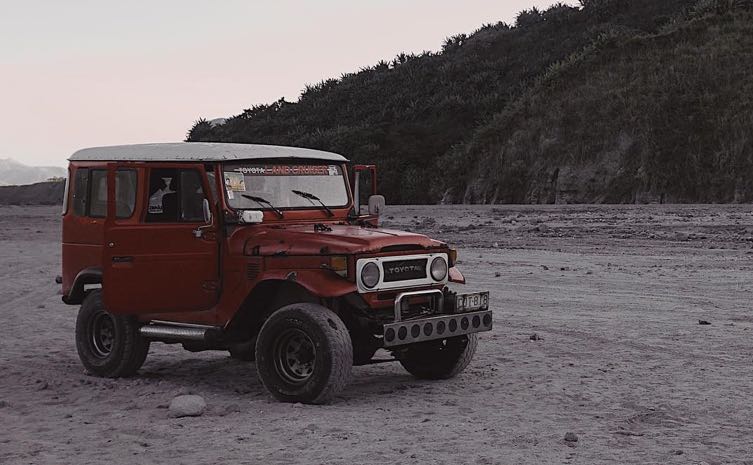 Some mountains are known for their lush forest cover or for summits that make you feel like you’re sitting atop a sea of clouds. Mount Pinatubo is not one of those mountains, but still, a climb here is a unique experience all on its own, giving you an adventure of the more rugged variety.

Expect a landscape that’s paved with unexpectedly scenic lahar, much of which you will go through by riding a 4x4 jeep, marking the start of your adventure. For those used to traveling on roads made out of concrete, the ride alone is already an experience. This part can take up to an hour and a half, and it gets bumpy and dusty, so bring a mask to protect yourself from the elements. Wear what you normally would to work out; for a protective layer, wear full leggings and bring a light jacket. 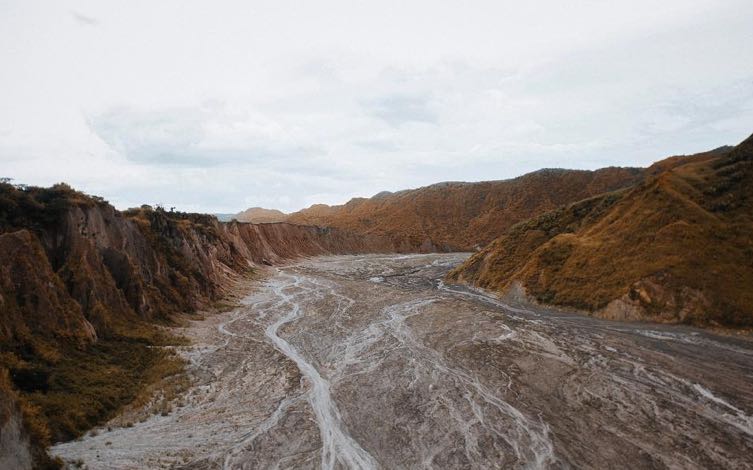 The 4x4 jeep drops you off at the foot of Mount Pinatubo’s crater, about three kilometers away from the crater lake. This part takes about an hour and half. However, Coby Sarreal, an adventure guide with Trail Adventours also cautions: “Depending on the weather, the lahar can change the landscape, making the lahar road impassable to 4x4 vehicles.” If this is the case, the usual three-kilometer distance can extend up to 10 kilometers. As a general rule, it’s much easier to hike when it isn’t raining, but if you’re set on hiking up Mount Pinatubo during the rainy season, anticipate an increase in difficulty in the 4x4 jeep ride and hike, or even zero travel. “Lahar and strong rain aren’t a good combination,” says Sarreal. “Lahar is very volatile and can cost landslides, so Mount Pinatubo can be closed for safety reasons, with as short as a one-day notice.”

Getting to Mount Pinatubo 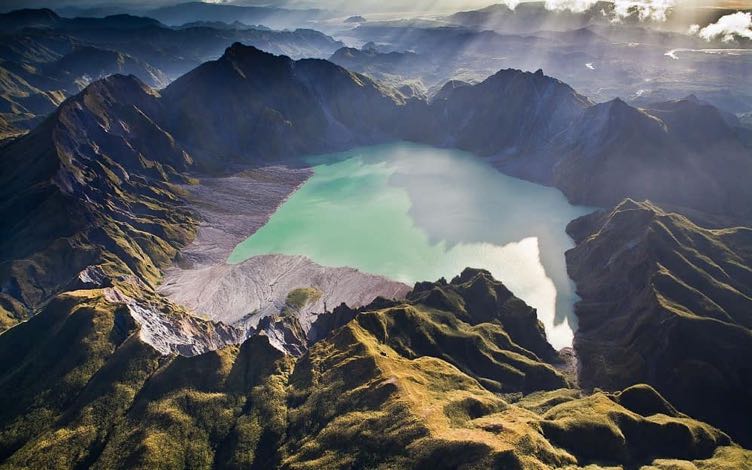 Tip: Save by doing the hike with a group of friends to split the fees, and bring your own hydration and food.

About Larissa
Larissa is a writer who lives in pursuit of what is true, noble, right, pure, lovely, and admirable. She loves lush mountains and black coffee.