Every Filipino child’s summertime used to look like this: go home to the province, spend time with your lolo and lola, and, more often than not, put on a spontaneous talent show for your titos and titas. Maybe you'd go abroad if you were lucky. But most of the time, childhood summers meant time spent running around among the tall grass (not forgetting to say "tabi tabi po"), earning bruises and scrapes, and wasting away under the sun like sunburn wasn’t a possibility. That was my childhood: every summer, my parents drove me and my brother all the way to San Carlos, Pangasinan. I vividly remember waking up at 3 AM just to travel to the province—TPLEX was probably just a government proposal then. The trip itself to Pangasinan was an adventure (mostly me and my brother acting up, impatient) but nothing quite like the destination itself, where a bowl of papaitan and bangus bellies were just waiting to be consumed at our Pangasinan house.

I often told my parents I didn’t want to go to Pangasinan during the summer. It was just too hot and I was lazy. But of course, they always won—and I usually ended up regretting not wanting to go in the first place. Going back to Pangasinan now, as an employed adult, is an entirely different experience.

Recently, I returned to Pangasinan because I had a project there, but I snuck in some time to rediscover the memories of my childhood as well. My first stop is Lingayen, the capital of the province, which houses government offices and parks inside the Capitol. They offer tours around the capitol now, showing remnants of the War. Within the capitol lies a small park by the beach surrounded by tall trees, reminiscent of Nami Island in Korea, but wholly Filipino and Pangasinense: nipa huts were scattered all over, taho and sorbetes vendors walked around under the sun, and kids played on the warm sands of the beach overlooking the Lingayen Gulf. Further north of the province is Bolinao, now gaining fame for its pristine beaches. My relatives used to take us to Bolinao instead of Hundred Islands when we were younger, as they felt it was more "undiscovered" then. Bolinao is accessible to tourists now more than ever, and more hotels are available for people to stay in. Going to Cape Bolinao (near the Patar White Beach) felt like stepping into a different era.

The most attractive point of the area, in my opinion, is the Bolinao Lighthouse. It hosts the best views of the West Philippine Sea, still standing strong for more than 100 years among the ruins of Punta Piedra Point. One can also drop by the Hundred Islands on the way to or from Bolinao, as Bolinao is closer to Alaminos (where the Hundred Islands are located) than other cities in Pangasinan (e.g. Dagupan or San Carlos). Further east of the province is the municipality of Manaoag, home to the image of Our Lady of Manaoag (also called Apo Baket), where thousands of pilgrims visit each year. It's a must-visit for my parents every time we go to Pangasinan as well. Catholics and non-Catholics, locals and non-locals, visit the minor Basilica of Manaoag where people light candles, offer prayers, and place them in various ponds by the garden of the church.

Just outside the church, one can find small stores selling souvenirs and treats, but I prefer going to the public market to get my essential Pangasinan pasalubong. The Dagupan City public market is a bustling center for products and delicacies local to Pangasinan. Our family always makes sure to drop by this specific market right before going back to Metro Manila, a cooler ready for the kilos of daing na bangus we were planning to buy. You can buy all types of bangus from the market: already-marinated bangus, dried and tinapang bangus, boneless bangus, and my personal favorite: tiyan ng bangus or bangus bellies (my cholesterol levels be damned).

Other than buying my favorite types of bangus, I always buy some tupig from the market. Tupig consists of malagkit (sticky rice), strips of coconut and a sprinkle of sugar covered in banana leaves, smoked and cooked over a grill. Other provinces from Northern and Central Luzon will argue that they have the best tupig, but none of them can top the kind from Pangasinan—the best ones come from a municipality called Mangatarem. San Carlos mangoes are always a treat, too, and if I somehow managed to eat my way through our stash even before going back to Manila (which is usually the case), we’d buy another kilo or two from the Dagupan market before heading home.

And right before we make our way to the long highways going back to Manila, we drop by Calasiao: the home of the best puto and kutsinta you'll ever have (and the friendliest sellers you'll ever meet!) in your life.

To say that Pangasinan has evolved over the decades is an understatement: our city of San Carlos used to only have Jollibee in the city center; today, more shops and groceries have sprouted. Some of the decades-old mango trees in our house were torn down to host a network tower. Getting around the province is easier with more cars and transportation available, emerging along with the arrival of tourists to the province. Going back to my place in Quezon City, I see vendors on the side of the road along White Plains Avenue selling puto Calasiao: the puto looked the same, even wrapped in the same standard brown paper bag the sellers in Pangasinan would put the delicacies in.

But it doesn't taste the same.

I look back to my memories of long-ago summers, to the mangoes, puto Calasiao, and bangus of my childhood—that was the difference. They tasted like home.

About Bianca
Bianca is a part-time development researcher, part-time writer, and full-time Arctic Monkeys fan. A self-confessed lover of carbs and traveling, she's determined to try every pandesal of every bakery in the Philippines. 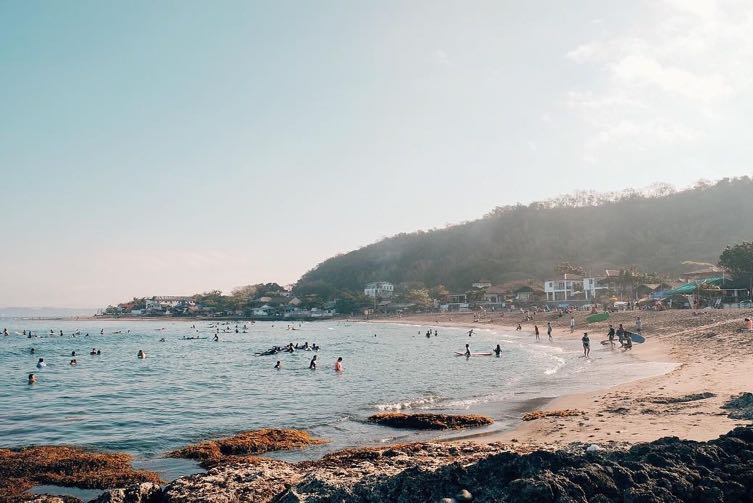 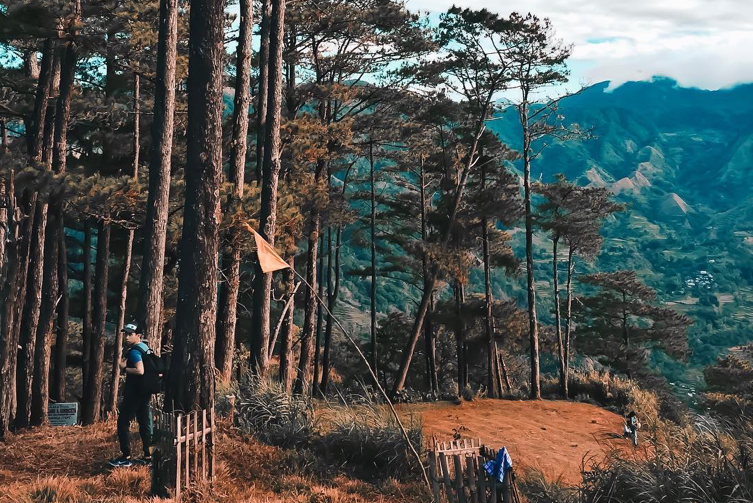 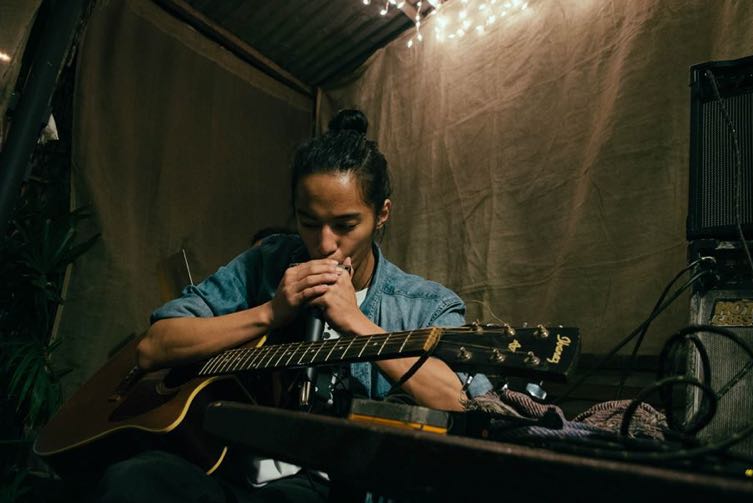 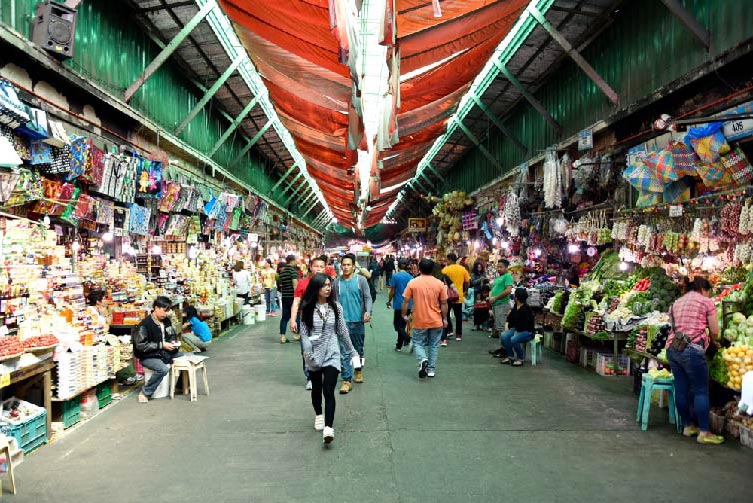 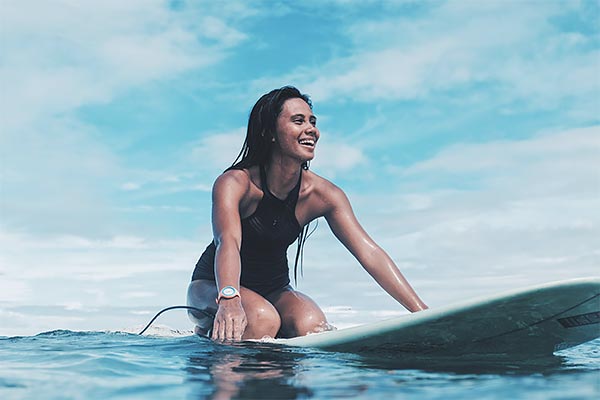