Travel is an excellent way to uncover and explore art, history, and culture.

When a destination is steeped in history, it possesses the outstanding power to connect us to new perspectives, allowing us to learn about our roots beyond books. Where art and history are concerned, Las Casas Filipinas de Acuzar in Bagac, Bataan has a longstanding reputation as a mecca for history and art connoisseurs. Known for its post-colonial fixtures, the 400-hectare settlement boasts over 30 reconstructed buildings and houses, some of which have been transferred to the property brick by brick from original locations across the Philippines.

Dive into history and gain a deeper appreciation of this destination with these six fascinating facts about Las Casas Filipinas de Acuzar!

1. It's been recognized as one of the Philippines' best hotels by various award-giving bodies. Las Casas Filipinas de Acuzar is the only resort in the Philippines to have been nominated for the worldwide Best Historic Hotels Awards of Excellence. It's also a recipient of the 2017 Asia Awards of Excellence, an honor given to properties that “advance luxury travel throughout Asia”.

It's part of the Condé Nast Johansens' Luxury Collection and Peninsula Hotel’s Pencities Luxe Guide, too, which deems it an “inspiring day-trip” in a Peninsula city.

2. It hosts a Spanish-period hotel replica built by artisans from Paete and Betis. One of the highlights of Las Casas Filipinas de Acuzar is a replica of Binondo's first luxury hotel, Hotel de Oriente. The three-storey structure features intricate woodwork by craftsmen from Paete, Laguna and Betis, Pampanga, both known for their furniture-making and wood-carving prowess.

The art of “dukit” or wood carving in Betis is renowned worldwide, and the Hotel de Oriente replica is a testament to this. Combining elements from Filipino and Western architecture, every wooden slab and sculpture, from the hotel's floor to the ceiling, was painstakingly fashioned by the provinces' mandudukit. An interesting piece inside the hotel is a wooden parquet of Juan Luna's Spoliarium. 3. Most of the houses are named after the houses they originate from. To prevent further wear and tear, several post-Colonial houses were transferred from their original location to Las Casas, then restored to their original glory. The houses are named according to their location, including Casa Cagayan, a collection of four Spanish era houses from Cagayan Valley—the first structures to be transported to the property. 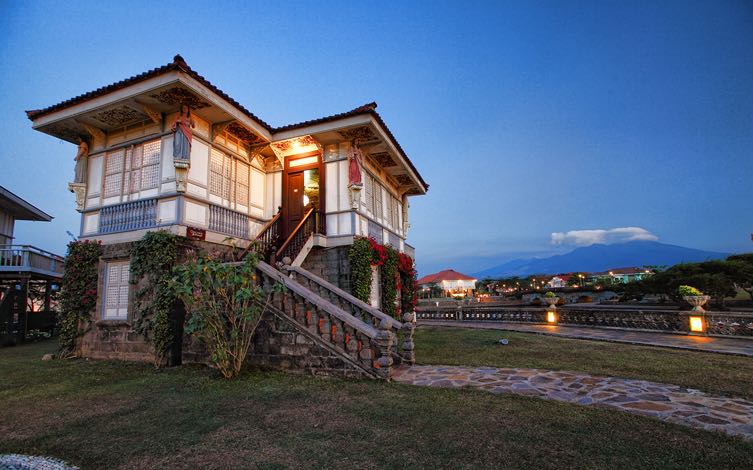 Another is Casa Biñan, which was reconstructed from derelict pieces of the original house of Jose Rizal's mother, Teodoro Alonso, in Laguna. There are four houses from Bulacan (Casa Meycauayan, Casa Bulacan, Casa Baliuag, and Casa Hagonoy); one from the coastal town of Luna, La Union (Casa Luna); and two from Batangas (Casa Lemery and Casa San Juan).

Casa Quiapo, also known as Casa Hidalgo, is a reconstruction of the late 18th-century mansion in R. Hidalgo Street, which served as the first Fine Arts campus of the University of the Philippines. Several renowned Filipino artists received their education here, including Juan Luna and Fernando Amorsolo.

4. It has been used as a film location for popular Filipino movies. 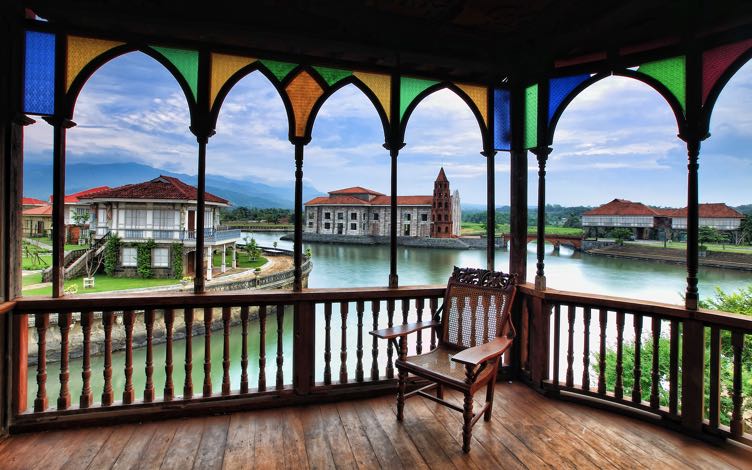 With its iconic look, Las Casas Filipinas de Acuzar easily became a favorite among filmmakers for movies whose plots are centered on the Spanish colonial period. One of the most notable is Heneral Luna, whose final scene was filmed in Casa Biñan's courtyard. Scenes in Noli Me Tangere took place in Casa Candaba, which comes from Pampanga. Other movies shot within the property are Felix Manalo and El Presidente. As a tribute to Philippine culture, Gerry Acuzar, the brains behind the attraction, also added whimsical statues from local folklore, particularly those penned by renowned playwright Severino Reyes, who is known for his fantasy stories. Fans of Filipino literature will get a kick out of seeing Lola Basyang reading to children, and spotting mythical creatures from Lola Basyang's stories, including the shokoy, tikbalang, and engkanto, within the vicinity. The statues can be found beside the Lola Basyang Bridge, a reproduction of Jones Bridge in Manila.

6. You can have your picture taken while donning a Filipiniana costume, or relive Philippine milestones in their newest attraction, Historyland. Experience how it is to be in period clothing—and have a memento to go with it, too! Fotografia de la Escolta offers full Filipiniana outfits for guests, as well as an expert photographer who will capture your photos with the houses as your backdrop.

For more fun facts and stories about local travel, sign up with Deal Grocer.

This article was last edited on March 1, 2020 by the DG Traveler team.

About Gretchen
Gretchen is a mother and freelance editor and travel writer by day and a secret poet by night. She weaves travel stories on her blog, filipinaexplorer.com. Her work also regularly appears in print and digital publications.